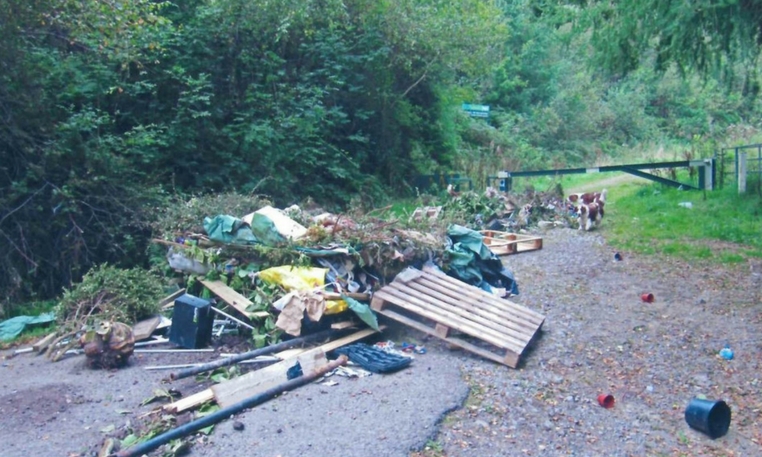 The government has vented much hyperbole over increased powers given to local authorities for curbing fly-tipping and litter thrown from vehicles by imposing penalty charges.  This is pretty vacuous because there are fewer traffic police than ever to catch the culprits and councils cannot afford to maintain their enforcement services.  In 2016-17 just 9 Fixed Penalty Notices (FPN’s)were issued by LBB for fly-tipping. In the same year no FPN’s were issued for littering from vehicles, although this is now far and away the biggest source of the mess blighting our streets and the Commons verges.

Let’s name and shame: The House-On-The –Wall, Watts Lane Chislehurst BR7  5PJ is the home of a guilty party. Extension work on this house has been going on for years. Several months ago, the contractor, who has been working on the house, bulldozed an area of commonland near the house and dumped a large load of rubble.  His activity was witnessed and the witness has been willing to testify.  She intervened while the dumping was in progress, telling the contractor that he was breaking the law. She was ignored.  The contractor is guilty of fly-tipping and the householder is guilty of employing a contractor to illegally fly-tip.

This matter was reported to Bromley Council at the time and to date, after several months have elapsed, no enforcement action has been taken. This is a rare case where the offending contractor and resident are both identified and there was a witness to the offence. Why has no action been taken?  If matters are left, the guilty parties will get off Scot-free, the rubble will have to be cleared at a cost to Chislehurst Commons, which is a charity, and reinstatement of the destroyed vegetation will also be at the expense of Chislehurst Commons. So much for the government’s huffing and puffing over fly-tipping.

We know that the enforcement officers are under great pressure, due to staff cuts consequent on government cuts to councils’  funding.  We also know that Bromley Council is planning to out-source the enforcement service, which will probably make things even worse. The season of goodwill and maximum fly-tipping