Thoughts on conservation with particular reference to Chislehurst Commons 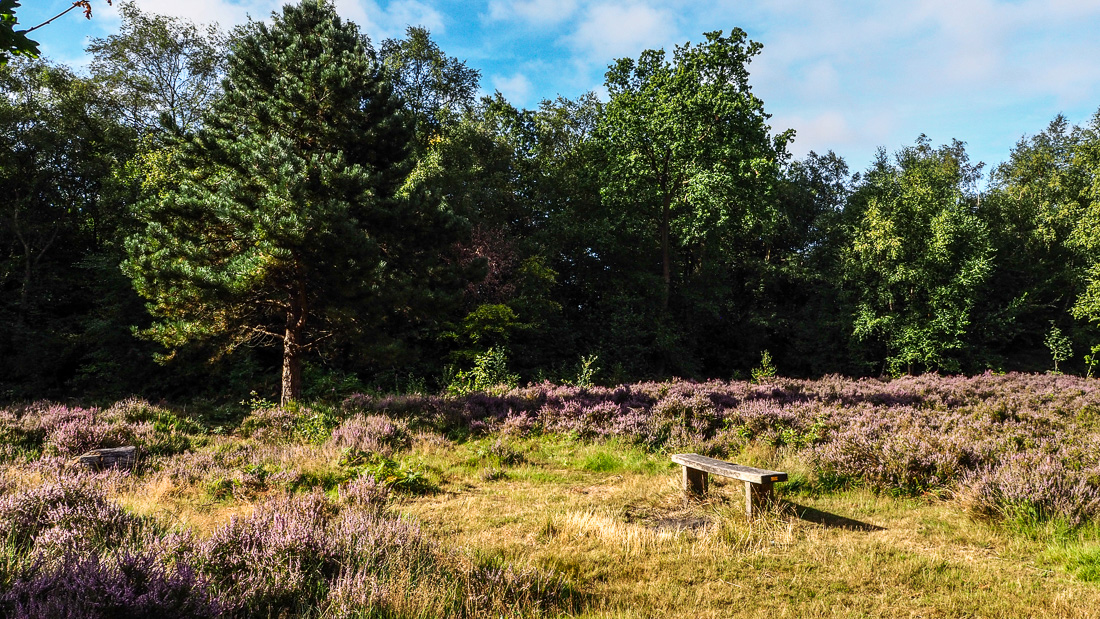 Conservation has different objectives in different parts of the world and in different parts of the UK and according to who the conservers happen to be. For example, conservation on the Pennines, Yorkshire Dales and Scottish Highlands can entail keeping the grass close-cropped by sheep, keeping creeping woodland at bay, burning heather, in order to encourage new growth, and killing “vermin”, which can include foxes, wild cat, golden eagles, hen harriers and red kites so that red grouse can thrive, so that rich people can pay a lot to shoot it so that other rich people can have it on their tables within hours of the Glorious Twelfth. In other words, in this context conservation does not mean restoring or conserving the original vegetation of these areas, namely, woodland, with its rich fauna, but maintaining a man-made vegetational type which came into being when farmers brought in an alien species of grazing animal, sheep, from the Middle East and rich landowners found sheep more profitable than people and developed a taste for hunting with guns. In many cases the landowners proceeded to exclude the farmers and any arable cultivation and even whole villages (hence the enclosures of common land and the Highland clearances) in order to give monopoly to sheep and grouse moors. The sheep have eaten any tree seedlings and have encouraged the growth of grass. The heather is carefully nurtured because young heather is the favourite food of young grouse. These upland areas are wildlife deserts. When one walks through them, the striking thing is the sparsity of birdlife. Too late the people of Yorkshire and Cumbria have realised that the near-total denudation of the hills has brought about flooding in the valleys.

On Chislehurst Commons, the Trustees nurture the lowland acid grassland, which is not the original, nor the climax vegetational type, but has existed since the end of the last ice age, when the land was first grazed by deer, elk and aurochs (the wild ancestors of our domesticated cattle). The early farmers brought in sheep and cattle, which browsed on any trees and helped to maintain a vegetational type known as wood-pasture, occasional trees with grassland and heath between them.  The Trustees conserve the acid grassland, which would better be termed unimproved grassland   ── meaning that it has not been under the plough, not treated with fertilizer and not enriched with manure ─ because such grassland, with its particular range of flora and fauna, is now a rare habitat in England and worthy of preservation.  If we stopped conserving it, over time the ground would revert to woodland, the vegetation type that developed here thousands of years after the last ice age. That wildwood came to grief when people of the Mesolithic, migrants from the continental landmass, started clearing it in order to make way for their grazing animals and for cultivation.

If we stopped conserving it, over time the ground would revert to woodland, the vegetation type that developed here thousands of years after the last ice age.

The heathland near St Pauls Cray Road, typified by heather, gorse and various grasses, which the Commons Trustees restored by clearing woodland and now preserve by tender loving care, developed in some areas long after the Iast Ice Age replacing the original tundra vegetation as the climate warmed. The more natural vegetation at our altitude and with our climate would be woodland. Therefore, restoration and conservation of heathland takes a great deal of TLC, weeding out the trees that battle to get back their territory.

And what of our woodland?  It is the habitat type which can be richest in wildlife and is, after all, as explained, the vegetational type to which the land would revert were it to be left to its own devices.  Does this mean that the Commons Trustees should stop all land management practices, including woodland management?  No.  Chislehurst Commons are largely wooded and so it is no surprise that the Commons Trustees devote energy to conserving the local woodlands perhaps with the long term aim to restore the fauna and flora to be somewhere near as species-rich as the ancient wildwood. This necessarily entails aiming to establish woodland in which a variety of native trees have a wide age spectrum and are able to regenerate without human intervention. The following ideas are merely suggestions and certainly not unarguable prescriptions. 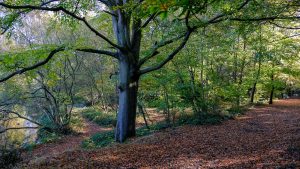 Most of the mature trees should be left intact. As trees die or fall, unless presenting a hazard to the public, they should be left standing or lying, because dead wood is good for wildlife. There should be a lot of coppicing, particularly on the silver birch, as this mimics a range of ages and sizes of trees. Rides* and glades should be created, which is bound to entail felling some mature trees, as this mimics the natural processes of fires and storms. In the wildwood holly did not grow as densely as in our local secondary woodland. The main cause of its density is the absence of browsing animals. Being evergreen, shade-tolerant, non-poisonous and mainly low-growing it is an abundant food-source for browsers of which we have none on the commons now that cattle and other herbivores no longer graze here. Therefore, in order to re-introduce this controlling element to the food-chain, there should be consideration of the re-introduction of deer, if not red deer, then perhaps roe deer, which is a native species and fallow deer, which the Normans brought over, but are now well established. As well as usefully clearing some of the bramble and ivy in the undergrowth, unfortunately the deer would have a taste for any regenerating young trees and their population would therefore need controlling by the agency of an apex predator, such as the wolf. “You cannot be serious, man.”

Such an idea would be mind-numbing for many people and so there would have to be the widest consultation, which at present would kill the proposal stone dead, because most people are unfamiliar with the sort of conservation argument rehearsed above and have been brought up with the fears arising from the story of Little Red Riding Hood and the big bad wolf. Perhaps the lynx would be more acceptable.  There is not even anecdotal evidence of the Lynx attacking people. Nevertheless, in parts of northern England, where re-wilding woodland with lynx has been proposed, there has been fierce opposition, especially from farmers. It is less than a thousand years since the lynx became extinct in the British Isles, so it is, (like the more feared wolf), arguably a native species. Such a re-introduction would require approval at the highest level. Meanwhile there is no alternative to the rolling programme of holly clearance in order to minimise its shading effect so that the ground flora can become more diverse than simply bramble and ivy.

A worthy objective for the managers of an urban common, which is of great amenity value to local people, is to maintain a variety, a mosaic of different habitat types:  woodland, scrub, heathland, grassland and wetland.

What is it that stimulated this discourse? While recently up-dating the 10-year Management Plan for Chislehurst Commons, I started wondering and questioning what basic principles underwrite its objectives.  What does conservation mean in the context of Chislehurst Commons?

A worthy objective for the managers of an urban common, which is of great amenity value to local people, is to maintain a variety, a mosaic of different habitat types:  woodland, scrub, heathland, grassland and wetland.

In Trump’s USA, unbeknown to that climate-change-denying, evolution-denying  flat-earther, the managers of national parks and academics in the field of ecology are decades ahead of us in the UK in considering anew the objectives and practices of conservation.

It goes without saying that any sharp changes to management practices which might be under consideration by the Commons Trustees, would have to be carefully explained and justified to the people of Chislehurst.

*Rides could be created by simply following the line of existing or disused pathways. Coppicing, together with large-scale clearance of holly and creating rides and glades opens up areas of woodland to more sunlight, helping wildlife by allowing the ground flora to flourish, some of which develops into scrub. The diversity of the woodland –  the varied species and ages of trees, veterans, coppice stools, leaf litter and deadwood –  provide a diversity of habitats for a matching diversity of wildlife.  Of course, over decades the canopy closes again and the process has to re-start . 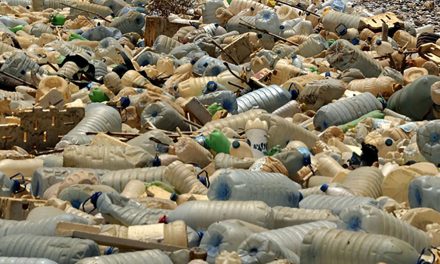 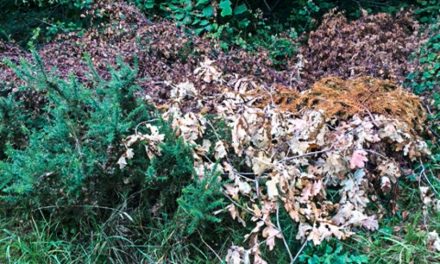 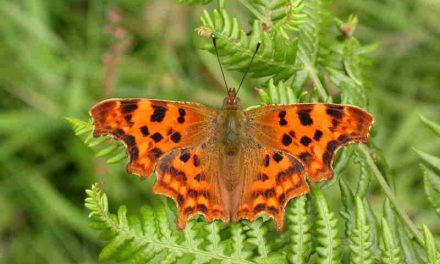